6 Ways to Get a Better Night's Sleep 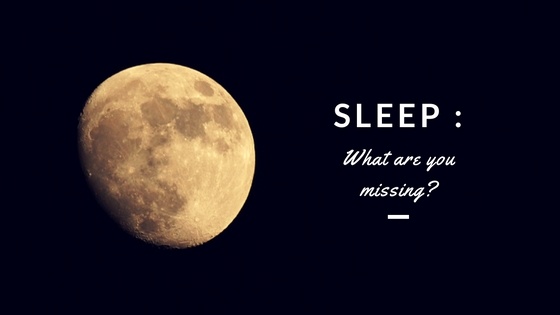 What you eat and drink during the day has a lot to do with how well your body can rest at night. Start the day with a large glass of room-temperature water to properly hydrate you and get your digestive juices flowing.  There is a unique opportunity to hydrate the body after a night of fasting that cannot be duplicated once something else has entered the digestive tract.

After that I like to fast on bulletproof butter coffee and green juice until lunch.   I try to eat a healthy lunch and dinner, and minimize or eliminate sugar and white carbs.  We crave stimulants like sugar, caffeine, and alcohol when we are tired, so once you start getting adequate sleep you’ll find your cravings will diminish significantly.  So will your waistline because the cortisol levels (stress hormones) in your body will lower, too, and cortisol is known for packing on belly fat (and we certainly don’t need any more of that!).

I also like to avoid eating after 8 p.m.  The body sleeps better if it doesn’t have to focus on digesting food during the night.  Digestion takes a ton of energy, and during sleep you want the body focusing on repairing microscopic muscle tears, neural connections, and detoxification.

I once met a doctor who said she wouldn’t see me if I didn’t agree to daily exercise. It’s THAT important.  If you’re over 50 and not exercising, you could really be in trouble.  I could go on and on about the benefits of exercising, but there are hundreds of benefits and thousands of blog posts to teach you all the “whys”.  Seriously, just work it in.

What is Your Baby Sleeping On?

A question about baby mattresses was submitted recently to our  Wholesome Mama's Facebook group, and the answer is important to share with new and expectant parents. Babies spend a lot of time sleeping, an estimated 16 to 18 hours per day.  For decades, the AAP (American Academy of Pediatrics) has promoted the “Back to Sleep” campaign, encouraging babies to sleep on their backs, which has been successful in reducing the incidence of SIDS. However, there is evidence that the mattress that your baby sleeps on may also increase a baby’s risk of SIDS.

In 2014, a study by the University of Texas was released which found that “infants are exposed to high levels of chemical emissions from crib mattresses.” The researchers examined 20 new mattresses and found that they contained over 30 volatile organic compounds (VOCs).  Moreover, new crib mattresses release about 4 times the amount of VOCs as old mattresses. And even more alarming is that the VOC level is significantly higher in the infant’s breathing space than in the general air.  The researchers estimated that the infant laying in the crib is exposed to twice the VOC levels as someone standing in the room. Therefore, the researchers concluded that a good strategy to reduce this VOC exposure would be to let a new mattress air out for an extended period of time, perhaps in a garage or outdoors.

This research seems to suggest that an old mattress would be protective; however, a used mattress comes with risks as well. Dr. Jim Sprott, a New Zealand scientist, is convinced that a number of chemicals, which includes phosphorous, arsenic and antimony used in fire retardants, are directly responsible for SIDS.

In a previous blog, Seven Ways that Exercise Helps Maintain a Healthy Brain,  we outlined the importance of exercise for brain health.

Is your child getting enough sleep?

Studies show that 30 – 40% of children do not get enough sleep each night. More and more children are having difficulty falling asleep or staying asleep. Given how important sleep is to brain health, try these strategies to encourage good sleep hygiene.

Sleep Loss and Your Genes

Do you feel like you are not getting enough sleep?

If so, you may find that you experience a wide variety of health problems.

These medical problems tend to become additive over time-and according to a new study at the University of Surrey in England reported in the March 23 Science News, even a small deficit in sleep may affect your circadian rhythm, immune system,  and lead to health problems.

Sleep Loss May Change Your Genes

The volunteers in the study slept at least 8 hours a night for the first week. Then they were only allowed to sleep for up to 6 hours in the second week.  According to the Science News article, Sleep Loss Affects Gene Activity, “People were sleepy and sluggish after that week, and blood tests showed that the activity of 711 of their genes had changed,” researchers reported. In just 2 weeks and going from 8 hours of sleep to just under 6 hours of sleep- caused a change in over 700 genes including those that govern the immune system!

Is it any wonder that people who have lived the longest and have experienced the increased additive effect of lost sleep, have more illnesses? While it’s true that there are many causes for decreased sleep, sleep apnea and snoring will decrease the oxygen supply and thus decreases sleep. We tend to push on with less sleep and accommodate as best we can with an inefficient system, but this adds up over time to create health problems.

Sleep is not a luxury- our genes require it.