Throughout my years in practice, I have developed a method of eliciting a positive Lyme Disease diagnosis from a typically negative western blot in those I feel fit the picture of a Lyme sufferer.

These symptoms can include but are not limited to fatigue, joint pain, memory weakness, irritability, alopecia (hair loss), cognitive impairment, muscle weakness, anxiety, night sweats, neurological issues, sudden onset of allergies, depression, stomach pain, hormonal imbalance, tics and tremors, fevers, and the list goes on. These symptoms may be stand-alone issues but often overlap with many other disease states including co-infections of Lyme Disease.

I have countless patients who have come into the office with seemingly benign issues like alopecia or eczema and despite conventional interventions, they continue to struggle. 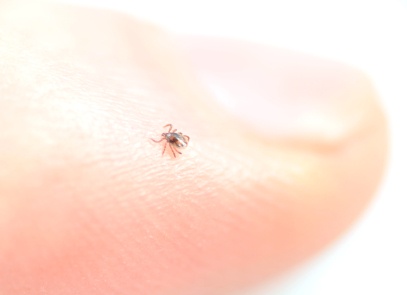 It is finally spring and time to get outside and hike, bike, and garden.  As more of us venture outside wearing less than a parka, ticks see a smorgasbord.

Armed with the knowledge that the Lyme Disease spirochete  and some other bacteria and viruses carried by ticks are persisters (meaning they hang out long after treatment), the diseases are often chronic with episodes of relapse and remission through life and may lead to other problems. You can deduce that prevention of Lyme Disease is key.

Mild Winter Leads to Both Early Tick and Allergy Season

Adult stage deer ticks are the primary vectors for Lyme disease and become active every year after the first frost. They're not killed by freezing temperatures, and while other ticks enter a feeding diapause, or suspended development, as the day-lengths get shorter, deer ticks will be active any winter day that the ground is not snow-covered or frozen. For the winter of 2017, in Washington D.C.  and many other typically snow covered areas, the risk of coming into contact with these nasty disease vectors has been much higher as this February holds the record for the warmest February in D.C. history.

The Centers for Disease Control and Prevention (CDC) recently released data indicating that the number of Americans diagnosed with Lyme disease each year is around 300,000, and suggests the total number may be 10 times higher than the yearly reported number.

Yeast, or Candida, Can Really Mess with Lyme Disease

In 2008, Dr. Warren Levin was interviewed for Public Health Alert  about Candida Related Complex and how it affects patients with Lyme Disease.

But these same symptoms may also be caused by Candida, or yeast overgrowth in the gut. The complicating factor is in understanding and treating Candida in a patient with Lyme Disease.

What All Lyme Disease Patients Should Know

It is only May and we have already seen many people with brand new tick bites. It is supposed to be a terrible year for Lyme Disease & other insect-borne illness thanks to the bumper crop of acorns in 2010, a mild winter, and early spring.

Lyme Disease May be Worse Than Ever This Year

The NIHA doctors are already seeing a lot of tick bites and Lyme disease due to the mild winter, early spring and other indicators of a large tick population in 2012.

The Washington Post ran an article this week in which Dr. Paul Beals is quoted:

"Mosquitos, ticks and other insects will be plentiful this season, experts say"

*Excerpted from the The Washington Post:
Paul Beals,  a physician who specializes in diagnosing and treating Lyme disease at National Integrated Health Associates in the District, says, "We're finding that the vast majority of our patients who are getting tick bites causing Lyme are also getting other co-infections at the same time," including such febrile illnesses as bartonella, which can be transmitted by ticks and mosquitoes, as well as babesiosis and ehrlichiosis.
END_OF_DOCUMENT_TOKEN_TO_BE_REPLACED
0 Comments Click here to read/write comments

Lyme disease is a common tick borne disease caused by the spirochete borellia burgdorferi (Bb) and transmitted by the deer tick. In Virginia, the incidence of Lyme disease has exploded to the point where recently the governor of Virginia named a Lyme Disease Task Force to address the rising incidence of the disease.