What is Your Baby Sleeping On? 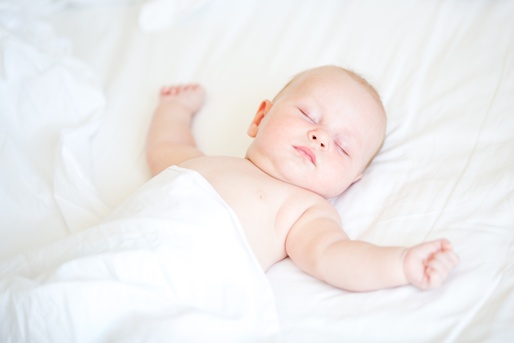 A question about baby mattresses was submitted recently to our  Wholesome Mama's Facebook group, and the answer is important to share with new and expectant parents. Babies spend a lot of time sleeping, an estimated 16 to 18 hours per day.  For decades, the AAP (American Academy of Pediatrics) has promoted the “Back to Sleep” campaign, encouraging babies to sleep on their backs, which has been successful in reducing the incidence of SIDS. However, there is evidence that the mattress that your baby sleeps on may also increase a baby’s risk of SIDS.

In 2014, a study by the University of Texas was released which found that “infants are exposed to high levels of chemical emissions from crib mattresses.” The researchers examined 20 new mattresses and found that they contained over 30 volatile organic compounds (VOCs).  Moreover, new crib mattresses release about 4 times the amount of VOCs as old mattresses. And even more alarming is that the VOC level is significantly higher in the infant’s breathing space than in the general air.  The researchers estimated that the infant laying in the crib is exposed to twice the VOC levels as someone standing in the room. Therefore, the researchers concluded that a good strategy to reduce this VOC exposure would be to let a new mattress air out for an extended period of time, perhaps in a garage or outdoors.

This research seems to suggest that an old mattress would be protective; however, a used mattress comes with risks as well. Dr. Jim Sprott, a New Zealand scientist, is convinced that a number of chemicals, which includes phosphorous, arsenic and antimony used in fire retardants, are directly responsible for SIDS.

Protection from chemicals and gases in crib mattresses

Further support for Dr. Sprott's theory is a campaign in New Zealand that has resulted in a drastic reduction in SIDS. Since 1995, some healthcare providers have been encouraging parents to wrap their crib mattress in a cover that is impermeable to gas. Over an 11 year period after this campaign began, there was a 70% reduction in SIDS in New Zealand. In fact, no SIDS cases have occurred in babies that sleep on a properly wrapped mattress.

Therefore, based on this research, here are some recommendations for safe sleep for your baby: