Superfood Hacks: How to Get the Most Out of Your Superfoods

There is a good, better, and a best way of doing anything in life, and when it comes to the best way to consume your superfoods, there is no exception. However, before we get into that, it might be best to take a moment to acknowledge where we are and how far we have come on our path to wellness. If you have been making an effort to incorporate superfoods into your diet, then go right ahead and pat yourself on the back for being such an adventurous advocate for your health. If you haven’t explored superfoods yet, and are beginning to wonder if I am talking about Superman’s diet, then not to worry; you will learn a few crucial superfood hacks that some people take years to learn. In this article we are going to explore the best preparation methods for my three favorite superfoods, taking into consideration both their traditional preparations and current science on achieving maximum absorption of what makes them “super”. 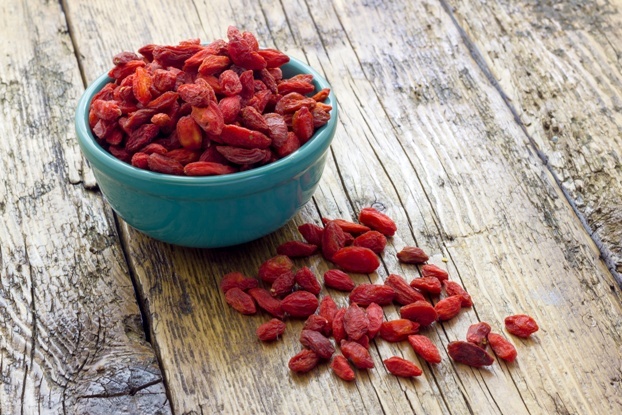 Superfoods have become super popular in recent history but there is nothing new about these nutrient dense foods. Most so called superfoods have been used by indigenous cultures for thousands of years, which means humans have prepared them as food in particular ways long before they started popping up at your neighborhood Whole Foods in pretty packaging. Take the Goji Berry for example. An eight ounce bag of dried Goji will generally run you about $18 at your local healthfood store and yes, they do make a great addition to any trail mix but maybe we can learn a thing or two about how to best consume Goji based on its traditional preparation and what science has shown.

Goji, also known as Wolfberry, is classified as one of the top tonic herbs in Traditional Chinese Medicine (TCM) and has been used medicinally for over 2,000 years in China. Now, all over the world, dried Goji is being consumed as both a popular and tasty snack, as well as used as a healing supplement. In China, drinking Goji tea is the preferred method, with the dried berries traditionally prepared as a decoction, either alone or with herbal allies. A decoction is essentially a tea, but rather than simply steeping the Goji berries in hot water, we first want to mash them up using a mortar and pestle and then boil the ensuing sticky paste to ensure that we extract all of the good nutrients out into the water.

What Makes a Food "Super"?

Here is where the science comes in; one of the reasons Goji is so super is that it has a special type of molecule known as polysaccharides. These polysaccharides have been shown to strengthen the immune system in a unique way, fight free radicals, and may even have anti-tumor properties. Boiling Gojis in water, like the Chinese have been doing for centuries boosts the yield of polysaccharides because they are water-soluble nutrients that need high temperatures to draw all the good stuff out of them. However, Goji doesn’t only have water-soluble nutrients, it’s also full of a host of other phytonutriants such as zeaxanthin (say that 5x fast!) and oil-soluble vitamins, like vitamin A. What that means is that Goji tea is only giving us some of the good stuff found in the berries, but not all. Enter Goji Milk Tea. Goji Milk can be made with actual dairy or with non-dairy alternatives like coconut, hemp, or almond milk; according to your preference. What matters is that it contains lipids (fats) to pull out the oil soluble nutrients, ensuring that we get the most out of this incredible super berry.

From Chia pets to Chia pudding, the Chia seed has come a long way. These little seeds are a great source 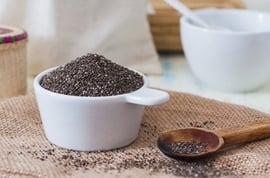 of soluble fiber, omega-3s, vitamins like B3, and minerals like calcium and magnesium. Another traditional food, the ancient Aztecs cultivated Chia as a cash crop and used it in their beverages and porridge. Chia seeds have this super power where they are able to absorb 10x their weight in water, turning into a gooey gel, which can be added to just about everything and even used as an egg substitute. Making Chia gel is not only incredibly easy and convenient but also very soothing for the digestive tract. Often this has been made using the whole intact seed however, here’s the hack you need to know: scientific studies have shown that the omega-3s in Chia are more bioavailable when using ground Chia seed form vs the whole seed. The best part is that the ground seeds can be made into a gel (recipe here) in just the same way, only you start with store-bought ground chia or you first mill the whole seeds yourself in a coffee grinder. You can then prepare the gel by mixing your ground Chia seeds with water in a glass jar and storing them in the fridge to use as needed, or by stirring them directly into your water, juice, or kombucha and giving them a few minutes to soak and become gelatinous. So the next time you’re looking for a mineral rich fiber boost, ground Chia is where it’s at.

Maca powder has been on the superfood scene for a while, most often used for its adaptogenic (stress

busting) and fertility supporting effects. A staple root veggie and potent medicinal to the Incas of Peru, Maca was traditionally eaten as a cooked food. These days you will only find it sold in powdered form, often raw. Although there is nothing “wrong” with consuming the raw powder, there is another form that may be substantially better, Gelatinized Maca. Gelatinized Maca also comes as a powder and looks almost identical to its raw counterpart, however there is one major difference; Gelatinized Maca has been heated (cooked), removing all of its starchiness. What’s left is just the super nutrient dense Maca in a far more digestible form that can dissolve completely in water. Although some of the enzymes are lost to the heat, cooking Maca seems to increase its active compounds making its stress-fighting and hormone balancing qualities more available. Even though all the powders will look the same because all Maca is the same cream color on the inside, there are actually three different colors of Maca (black, red and cream) that each have distinct properties. For this reason, I’d recommend buying a gelatinized blend of all three types of Maca, for the most well rounded effects.

Want to know how to eat other superfoods to get the most out of them? First, look at how they are traditionally prepared, what cultures ate them and how. Next, take into account any scientific research that shows how to maximize bioavailability of the nutrients you want out of the food. Another important point to keep in mind is not all superfoods are made equal. Look for organic and biodynamic farms for highest quality, as well as companies who support native farmers and are Green in their practices.