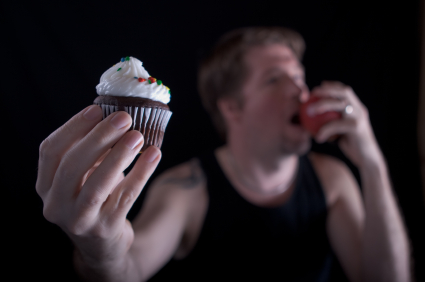 Mindfulness-based approaches to psychotherapy in the last decade are revolutionizing psychology. Studies on the psychological benefits of mindfulness are exponentially doubling every few years.  Mindfulness is a clinical entity, and should not be confused with religious practices, meditation or spirituality, although these pursuits often make use of mindfulness techniques.  Mindfulness in neurophysiological terms, has been proven on brain imagery studies (fMRI, PET scans) to involve the “awakening” of about 20% of the brain’s hardware, the frontal lobes and associated structures, and is often credited for opening up a whole set of potential skills from executive functioning, attentiveness, compassion and empathy, and an ability to downregulate anger, fear, compulsions and addictions and symptoms of mental disorders.

More recently mindfulness has found a new clinical application – mindful detoxification[1].  Mindful detox is usually taught adjunctively with detoxification-focused, nutrition classes such as raw food dietary plans[2].  To date, because mindfulness training has popularly been misunderstood as a relaxation technique (it does help) and to “help the body let its guard down,” it has been assumed to assist the body in the elimination of toxins too, but the mechanism has never been studied.  What has been studied and proven beyond a shadow of doubt is that mindful eating promotes detoxification by assisting individuals in letting go of habitual, poor eating choices, and helping them mindfully taste the delightful experiences in eating and in mindfully selecting new and potentially detoxifying foods.

Toxin exposures can induce stress, which is thought to be a normal, protective fight/flight mechanism encouraging us (and all mammals) to flee from toxin exposure.  It has also been postulated that the symptoms of stress, anxiety, burnout, fatigue and depression which occur with chronic toxicity is in part caused by protective mechanisms in which the autonomic and immune systems (immune stress response) quarantine and sequester toxins so that they are less able to come into direct contact with critical and vulnerable tissues and cause more severe illness.  Various practices such as AET (allergy elimination therapy) attempt to relieve dysautonomia symptoms in order to make toxins more readily available for chelation and other excretion methods.

Be Mindful to live in the Now

Like AET (allergy elimination therapy), mindfulness practice corrects the fight/flight response and chronic stress also, by assisting individuals in detaching from a preoccupation with the past (fight/anger) and the future (flight/anxiety) and focusing on the more immediate experiences arising in the present. The stress-relieving benefits of mindfulness practice are thought to be related to the detachment from “toxic thoughts and emotions” which have trapped an individual’s mind in an illusory past which is over and a future which has not yet happened, thus bringing those who practice mindfulness on a regular basis into more contact with “the Now” of life experiences.

However, dysautonomia, the fight/flight response and chronic stress symptoms can be generated not only from psychological phenomenon, but also from metabolic disruptions (e.g., hypoglycemia), hormone imbalances, infections (e.g., lyme) and chronic toxicity.  If dysautonomia symptoms arising from chronic toxicity are indeed an attempt of the autonomic and immune systems (immune stress response) to quarantine dangerous toxins, and relieving such symptoms frees toxins from the places in the body where they are sequestered, mindfulness practice may be another important detoxification strategy to make toxins available for excretion.

At National Integrated Health Associate we are actively exploring this novel detoxification potential of mindfulness (mindful detox) and soon hope to provide some objective evidence about its potential.  At the very least, mindful eating can help to interrupt old self-destructive patterns of behavior, enhance the experiences of eating more simple, unprocessed foods, assist in the awareness of the repugnancy of sugary, junk foods and improve assimilation of food by lessening the adverse impact of stress on digestion and gastrointestinal function.