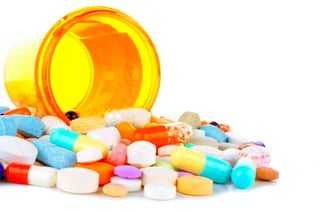 Addiction Recovery Month.  One can’t fault any concerned American for bemoaning our #1 national epidemic that continues to escalate with no solution in sight.  In true Trumpesque form, the issue is being met head on and brazenly confronted, a welcomed call to action.

President Trump and his advisors will assemble teams of experts to suggest novel pharmacological interventions.  Researchers from our universities and from NIH will chip in to keep the grant money flowing.  He may even enlist leaders in the revolving-door, drug and alcohol rehabilitation industry, whose very livelihood depends on what I have referred to as the “retoxification” industry, which peddle flashy ads intended to empty the pocketbooks of millions of unsuspecting and frightened parents of young addicts, with their expensive treatments.  Almost everyone in this industry, even the talk therapy advocates, will praise their sacred cow, the substitution of Big Pharma drugs for the recreational (e.g., tobacco and alcohol) and illicit drugs (e.g., cocaine), which is merely a cynical attempt to capture market share in the ever-profitable drug business.  Our border problems emanate from the north and the south; illicit drugs flood in from Mexico, and prescription, psychotropic drugs surge in from Canada.

This is tantamount to assuming that malaria is caused by hot climates where the disease is more common, and ignoring the fact that mosquitos are the true cause for spreading the parasite.  A famous quote that scientists live and breathe by, is that correlation (hot weather) does not necessarily imply causation (malaria).  Mosquitos are the causation, and hot weather is merely a correlation.

The correlation of drug and alcohol consumption to drug and alcohol abuse does not necessarily imply causation.  If the consumption of drugs and alcohol were the cause of drug and alcohol addiction, then why do 20-year-sober alcoholics freely admit that they are still addicted to alcohol? Their admission to “being born” an alcoholic, a belief shared by even the founders of AA (Alcoholics Anonymous), provides a clue about the true causality of drug and alcohol addiction.  We will never solve this #1 cause of death and disability as long as we remain in denial of its true cause.  Like a recovering addict, we must first get honest and admit that we don’t know what causes addiction and that what we have been doing to address it has not been very effective, and only then will we be ready to accept its true cause and find solutions.

In my opinion, based on 4 decades of practicing medicine, successfully treating 10’s of thousands of addicts, and studying carefully the addictionology medical literature, the one and only direct cause of drug and alcohol addiction, and the cause of all its manifold symptoms such as cravings and withdrawal syndromes, is imbalances in the brain’s neurotransmitters…not the drug itself.  Such imbalances can be caused by the unlucky inheritance of certain genes, by chronic pain syndromes, by any combination of severe stressors (e.g., psychoemotional, allergic, immune or toxicity-based) or by the regular use of a psychotropic substance, prescribed, illicit or “recreational” (e.g., alcohol or nicotine).  The only solution possible is the delivery, through the diet or intravenously, of precursors for the missing neurotransmitters and modification of genetic expression for quirky, predisposing genes through dietary and lifestyle changes.  Treatment of the true causes of drug and alcohol addiction will not be corrected by the administration of substitute psychiatric medications, which can never “balance” brain chemistry, and based on my extensive research and clinical experience, will only disrupt it more than it was before the medications were prescribed and administered.

Historically, when the true cause of any disease, like malaria, was discovered and rational interventions ensued, the incidence of the disease plummeted.  Do you know anyone suffering from malaria, which is reputed historically to have killed more human beings than all other diseases combined?  How about tuberculosis or TB[2]?  Addictions are getting worse simply because the fundamental cause is not being addressed – the reconstitution of the brain’s neurotransmitters. Were our healthcare system to embrace the principles of Precision Medicine[3], the drug and alcohol “epidemic” in the U.S. might disappear like the plagues of yesteryear, malaria and TB.  I also know this because I frequently witness rapid recoveries in my patients who apply my well-designed, precision medicine treatment plans.  I know this because of human outcome studies and controlled animal experiments.[4]  I know this from personal experiences of applying such technologies to regulate my own neurotransmitters and improving my personal function.

Despite this readily-achievable solution, don’t hold your breath waiting for the world to come to its senses.  Such rational solutions to the drug and alcohol epidemic will threaten multi-billion dollar, drug and alcohol industries which thrive on providing expensive treatments, most of which may exacerbate the death and disability caused by drug and alcohol abuse itself.  The stock market booms on the backs of suffering addicts and those of us injured by them.

This September, let’s turn over a new leaf and like a recovering addict, admit that whatever we were doing to handle our problem was not working.  We have lost control by operating from a false assumption that we had viable answers to substance abuse disorders. Let’s admit our powerlessness over the dictates of our billion-year-old, exquisitely-designed, neurotransmitter-regulated brain chemistry which functions according to immutable laws of neurophysiology.  That’s called “getting honest” – a willingness to admit we were wrong and to entertain new solutions.  Then, like the mythical phoenix reborn from the ashes, we can envisage a new, inexpensive way to handle addictions, which has plenty of evidence for efficacy, safety and simplicity. Such a realization, followed by a call to effective action, would make this month, the 2017 National Alcohol and Drug Addiction Recovery Month, truly a time to celebrate.

[2] TB or tuberculosis has been estimated to have killed approximately 1 billion people in the 19th century.

[3] Precision medicine is a medical model that proposes the customization of healthcare to personalized needs, with medical decisions, practices, or products being tailored to the molecular (genetic and nutritional), personalized requirements of each patient.

Charles Gant, MD, PhD, is a physician, educator and author, specializing in functional medicine, genomics and precision medicine to address the root cause of medical disorders and the biochemical causes of mental/emotional disorders and addictions. He practices in Washington, D.C. at National Integrated Health Associates and is the author of End Your Addiction Now.