The Age of Genetics 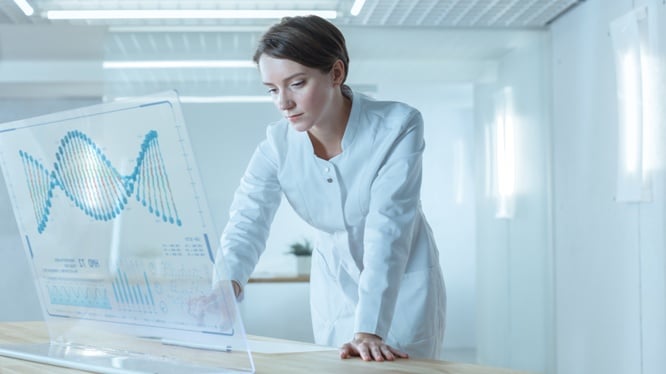 Ever since I was a bright-eyed and bushy tailed medical student, roaming the hallowed halls of the University of Virginia Medical School over 40 years ago, the mantra of modern medicine was drilled into my head, that all disease is caused by two factors – genetic predispositions and environmental stressors – and that someday, we will know enough about the genetic side of the equation to make far greater contributions to our patient’s well-being and health.

That day has arrived, but like any other monumental shift in history, it takes a while for the sea change to happen.  Genetic testing will soon become a routine standard of care for all healthcare practitioners, and it promises to revolutionize personalized medicine in the years ahead.

Many useful genetic test panels exist now.  Some, like the 23andme[1] ancestry testing, are inexpensive and can be used to address a wide array of the common, important and modifiable quirky genes that influence most common health concerns, such as insomnia, chronic gastrointestinal disorders, depression and anxiety.  Others are more specific to certain issues, such as pharmacogenetic testing (pharmaco = drugs), which is generally covered by insurance and can tell you if certain drugs are likely to make you sick or even die because you might not break them down properly, or if other drugs won’t work at all because your unique genetic makeup breaks them down too quickly.

Still other panels are designed to figure out your unique genes which predispose you to various medical issues, such as genetic testing for cancer or heart disease.  If you know these risks, your diet, supplement intake, lifestyle and stress patterns can be modified to possibly make the expression of such genes far less likely.

Even though we are at the inception of this genetic revolution in medicine, there is a great deal of affordable technology that you can take advantage of today to offset your risks and to treat health issues that you are dealing with currently.  For instance, if you have homozygous[2] PON1[3] SNPs[4], you may be relatively incapable of breaking down breaking down organophosphate pesticides.  The toxic effects of these common chemicals in our food would be far more injurious than they would be in a normal person, and you could suffer from chronic fatigue due to mitochondrial injury.  You would be more likely to develop cancer due to the carcinogenic effects of organophosphate pesticides that can’t be metabolized away. If the 23andme.com testing revealed PON1 SNPs, you could greatly offset these risks by simply eating organic food.  You could also switch the diets of your children and loved ones to organic food, or have them tested to see if they had homozygous PON1 SNPs as well.

The genetic age has arrived.  Now, it’s not enough to address healthcare from the standpoint of only half of the story – environmental stressors.  Yes, we may be good at treating chronic infections like Lyme Disease, toxicities like lead and mercury, gastrointestinal and autoimmune disorders like Crohn’s disease, endocrine imbalances such menopause or PMS or childhood spectrum disorders. But if we fail to address the other half of the issue – our genetic predisposition, it’s like getting half a haircut.

We can now begin to address the whole picture.  I invite patients to explore both sides of the issue, environmental stressors AND genetics.  Genetic vulnerabilities also provide the long term prognosis, the lifestyle and dietary changes which should be continued for the long haul, if we are to add life to the years and years to our lives.

The genetic age has arrived and I invite everyone to participate.

Charles Gant MD, PhD,  is a physician, author and teacher and has practiced Integrative and Functional Medicine for over three decades. He specializes in molecular health and healing, especially as it supports growth and recovery from problems such as ADHD, addictions/substance dependence, chronic diseases, metabolic and immune disorders, infectious disease, and more. He is an expert in interpretation of functional medicine testing to diagnose precisely what is deficient in each patient, and then replenish those missing, essential items.

[1] www.23andme.com.  The exact genes are not available in the initial test result, but the link from this test can be inexpensively downloaded into various apps and a gene panel of some of the more important quirky genes can be revealed.

[2] Homozygous means that you have inherited a certain gene variant from both parents.  If you only have the variant from one parent (heterozygous), the “normal” gene from the other parent usually covers up for the “abnormal” variant.

[3] PON1 is the abbreviation for the Paraoxonase 1 gene.  See:  https://en.wikipedia.org/wiki/PON1

[4] SNPs (/snɪp/; plural /snɪps) is an abbreviation (thankfully) for single nucleotide polymorphism and is the proper scientific term for “quirky genes”, which denotes a substitution of a single nucleotide that occurs at a specific position in a gene, which may change that gene expression for better or worse.