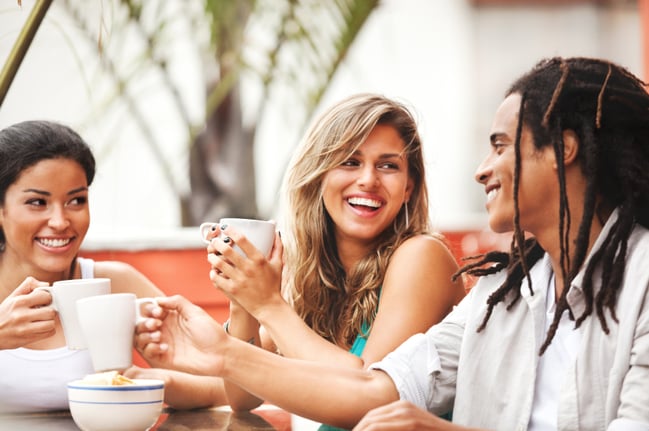 Luke Perry’s death was shocking even for people who did not know him, but for death to occur at the age of 52 from stroke is tragic.

Those over age 65 are at most risk for stroke, but surprisingly, 10% of all strokes occur in people under the age of 45.

Most of us are aware that strokes are caused by disruption of the blood flow to different parts of the brain. This can occur by a blood clot forming in an artery in the brain or a clot that has traveled from somewhere else, usually the heart, lodging on one of the brain arteries, but the worst and most deadly strokes occur due to hemorrhage or blood leaking out of a brain vessel.

Many Causes for Stroke

However, in younger adults in many cases it is the heart that is the source of the problem and cardiac issues can increase the risk of stroke.  One cardiac cause is rheumatic heart disease, and this is unfortunately becoming more common with the resurgence of streptococcal throat infection in children. Other cardiac issues can be due to various socioeconomic factors, heart valve abnormalities, or being born with a hole between the right and left side chambers of the heart. These cardiac issues should not be missed on a thorough annual wellness exam!

A subtle but very commonly missed reason for stroke is a torn blood vessel in the neck. This is usually a small tear in a big blood vessel that causes a clot to form. This clot can travel to the brain and cause occlusion of an artery, hence causing a stroke. Therefore, physicians should take a thorough history and make a point to ask about past neck injuries, particularly whiplash injuries of the neck that commonly occur in almost all cases of auto accidents.

Other stroke causes that have been linked to younger stroke age include migraine, pregnancy, birth control pills, and smoking - and these increase the stroke risk for women especially.

One unmistakable, yet reversible risk factor in people under the age of 45 is obesity, and this is a prevalent factor that increases the lifetime risk for stroke. Obesity  increases the risk for high blood pressure, sleep apnea, high cholesterol, and diabetes. These are all important stroke risk factors that can be modified, particularly when addressed early.

One of the big differences between stroke in older people and younger people is recovery. Stroke in young people can mean long years of recovery and loss of productive time and earnings. It is important to keep in mind that 15 to 30% of people who have a stroke have some degree of long-term disability. However, on the brighter side, a younger person has a better rate of recovery than an octogenarian because of better brain plasticity, blood vessel elasticity and inherent regenerative powers within their genome.

On average, 50 to 70% of young stroke patients can return to work after a stroke. Five-year stroke recurrence rates are half in young patients what they are for the elderly (15% vs. 30%).

The key to managing stroke in young people is to identify and treat the underlying causes immediately without being side tracked by red herrings and other causes like suspected drug abuse, medication side effects, hypoglycemia etc. although these might play a role and can in fact in bring on an acute cerebral event, even partially.

FAST is an acronym for spotting a stroke that’s taught to all emergency personnel. It stands for:

Usually, one side of the body is affected as a stroke is happening in the brain, making someone’s face on that side sag, leading to problems with raising that side’s arm. Slurred or altered speech is common as well, since a stroke may be affecting memory and verbal abilities.

is important to note that there are also atypical warning signs of stroke that are less well known such as tingling or numbness, blurred vision or temporary slurring of speech. In some cases, the warning symptoms of a stroke might be fatigue, jaw pain, dizziness, difficulty breathing, hiccups, and even hallucination!

At this point, time is very crucial, because stroke treating medication must be given within four hours (at the most) from the onset of symptoms to prevent permanent disability or death.

Can You Have a Stroke Without Knowing?

Yes, you can have a stroke without knowing it even happened. And that can raise your risk for future incidents. You could have multiple strokes and have no idea about them taking place. But as time passes the changes in your brain could affect your memory and speech significantly and here family members or friends may notice the difference.

Having one stroke significantly raises your risk for more, especially if the underlying factors for the stroke aren’t addressed such as smoking, having a family history of strokes, taking hormonal birth control pills, having high cholesterol, and/or high blood pressure, or being diabetic.

Stroke Prevention- At Any Age, But Particularly for Young People

Schedule a wellness exam to get more insight into your risks of developing a stroke and how to reduce those risk factors.