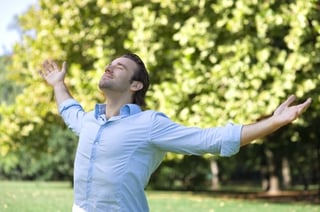 A quote ascribed to Einstein that, “Insanity is doing the same thing over and over again and expecting different results,” or Santayana’s quote that, “Those who fail to learn from the mistakes of their predecessors are destined to repeat them,” is applicable here. Laudenum was extracted from opium to treat opium addiction. Morphine was extracted from opium to treat Laudenum addiction. Heroin was next in line, and was synthesized and marketed to treat morphine and alcohol addiction. Much later, along came methadone to treat heroin addiction. Now we are up to Buprenex (buprenorphine) to treat methadone, heroin and other narcotic addiction. At every stage throughout history, each new opioid was marketed as a non-addictive and safer “treatment” for pain management and to treat previous classes of opioid addiction.

Your brain is designed to generate its own painkillers and opioids, or natural morphine-like substances, through inviolable biochemical mechanisms. If you were to consume artificial, opioid painkillers on a regular basis, your brain would respond by cutting back on synthesizing its own natural painkillers simply to keep things in balance. The more painkillers that are consumed, the less your brain synthesizes its natural opioids, resulting in having to take increasingly higher doses of artificial painkilling drugs just to feel normal. This vicious cycle leads to physiological dependence which is often worsened by genetic quirks in unsuspecting people, and which is easily discovered through genetic testing. Physiological dependence can be so powerful that some people base their whole life around getting access to these painkilling substances, which is called opioid addiction.

Functional and precision medicine offers a way out of this madness for opioid addicts. They will still need basic counseling treatments and support groups. But their brains can be supported biochemically in accordance with the way they were intended to be supported, not through substitution of new and possibly dangerous prescribed chemicals to replace street drugs. Functional medicine testing can identify specific amino acids which are missing in an opioid addict and target them for replenishment. Some of these amino acids can be purchased at your local health-food store (believe it or not) and taken orally, or delivered intravenously by a physician in an in-office procedure. When patients don’t believe me, I show them the scientific studies that go back 40 years, suggesting that such interventions for opioid dependence and chronic pain actually has a high rate of success. Patients who experience their cravings melt away or markedly lessen by simple amino acids often look at me with a dumbfounded expression and ask, “Why didn’t someone tell me about this”?

Basic common sense and good science offers a way out of this opioid madness for our world. Replenishing a half dozen amino acids required to synthesize natural painkillers and opioids (called enkephalins) in the human brain is critical for a sustainable recovery. It is time to support the struggling addict with an inexpensive yet effective option and give the brain the best chance to heal for long term recovery. We simply cannot improve on our ancient, natural chemistry, which is designed to keep us pain free and happy.

Some blessed people in opioid recovery have these neurotransmitter precursors readily available in their body stores, and they have normal genes as well, allowing them to recover quickly with basic outpatient treatment. Such people often suggest that recovery was not so bad for them and wonder why others find it to be such a big deal. But most opioid addicted people are not so lucky, and their amino acid precursors, and other missing nutritional deficiencies require aggressive supplementation. Sometimes even optimal supplementation is ineffective, and genetic and functional medicine testing is necessary to establish a personalized recovery plan that addresses the unique requirements such individuals. Other times, IV treatments are needed to bypass the GI tract and liver and deliver these precursors directly to the brain, which usually works the best of all.

The “disease” of addiction, and all of its symptoms, are not caused by the opioid drugs themselves. The symptoms (and the “disease”) are caused by a loss of neurotransmitters in the brain (and body), a natural adaptation to the regular use of opioid chemicals. The biochemical laws which govern the synthesis of our natural opioid painkillers are absolutely inviolable. The term “opioid epidemic” is also a misnomer. Opioids are not the cause; widespread neurotransmitter deficiencies are the cause of the “epidemic,” and it will not be solved until we come to terms with certain basic, scientific facts about brain biochemistry. Someday, and hopefully sooner rather than later, efforts will be made to help addicts restore their neurotransmitter imbalances in accordance with their evolutionary design, and solutions may be realized.

Dr. Charles Gant, MD, PhD, is an author, physician and educator, specializing in functional medicine, genomics and precision medicine to address the root cause of medical disorders and the biochemical causes of mental/emotional disorders and addictions.