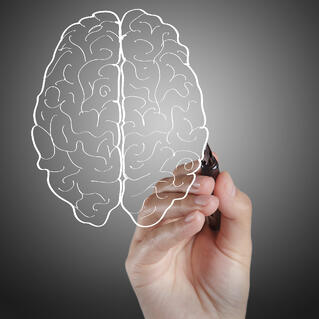 Dementia is a broad category of brain diseases associated with long term, irreversible, gradual decrease in the ability to think and remember which is great enough to affect a person's daily functioning and which is worse than would be expected with normal aging.

For decades, scientists have studied brain tissue samples of Alzheimer’s Disease victims, the largest dementia subcategory, (>50%), and have found distinctive pathological changes in the brain such as “plaque” and “neurofibrillary tangles” that are thought to somehow be causative of the disease.  The new sciences of Omics sheds new light on Dementia and is challenging long held views about its causes and treatments.

Omics, A Field of Study in Biology

Omics is a suffix often added to hundreds of scientific fields of study, which generally aims at an holistic and collective characterization and quantification of pools of biological molecules that translate into the structure, function, and dynamics of an organism or organisms.  In other words, the amassed data in biological sciences has become so huge, that it must be organized in vast networks and arrays of associations in order to make any sense. Genomics (the study of 20,000+ genes), Neuromics (the study of 100 billion+ neurons in the brain and body) and Toxicomics (the study of the hundreds of thousands of toxins that interact with the brain and body), are coming up with some new possibilities about prevention and treatment of dementia.

For instance, in a study[1] recently published in the Journal of Alzheimers Disease, Fiji Water, a high silicon spring water available over the counter, was shown to enhance excretion of the toxin Aluminum, long suspected of being a causative factor[2] in Alzheimer’s, and improve cognitive performance in some participants.  Mercury[3] has also been suspected of being a Toxicomics-related factor as well, as evidenced by the link[4] from the University of Calgary.

Instead of being the initiators of disease pathogenesis in Alzheimer's disease, amyloid plaque and neurofibrillary tangles may occur consequent to oxidative stress, from such pro-oxidants like aluminum, mercury and other toxins, and instead function as a primary line of antioxidant defense[5]. Plaque builds up because the brain is trying to protect itself from oxidative injury.

ApoE (Apolipoprotein E), sometimes tested with the blood lipids, not only helps to transport cholesterol around the body, but it also plays a role in removing plaque associated with Alzheimer’s Disease[6]. Those with the gene APOE4 make a version of ApoE which removes plaque more slowly, which may explain why those with homozygous APOE4 (from both parents) on genetic testing have a 20 times higher rate of Alzheimer’s Disease than those with the normal genetic inheritance pattern (ApoE3).  This may also explain why younger people with the ApoE4 gene have better memories[7] - the extra plaque provides beneficial antioxidant protection in their early years.

The practical application of the Omics technologies is called Precision or Functional Medicine. However, simple gene and blood testing for ApoE is available from your doctor, which can help determine if you are at risk.  Many other genetic variables which can predispose you to Dementia are available in the www.23andMe.com testing.  Functional medicine testing can determine levels of aluminum and mercury in various ways as well as levels of general oxidative stress.  Those who have both a genetic risk and toxic metals, especially if they have a family history of dementia, should engage in a heavy metal detoxification program.  High silicic acid water like Fiji water and/or BioSil (a supplement containing silicic acid) should be supplemented and toxic metals should be tracked over months to years to demonstrate improvements.  Various methods for detoxification of mercury are available as well.

Omics-related technologies provide hope and may help prevent and adjunctively help those who are at risk of or who are suffering from Dementia.

Charles Gant MD, PhD, has practiced Integrative and Functional Medicine for over three decades. He specializes in molecular health and healing, especially as it supports growth and health recovery from problems such as ADHD, brain health, mood problems, addictions,  chronic diseases, metabolic and immune disorders, infectious disease, and more. He is an expert in interpretation of functional medicine testing to diagnose precisely what is deficient in each patient, and then replenish those missing, essential items. Testing and treating for the root cause of illness is also known as precision medicine.