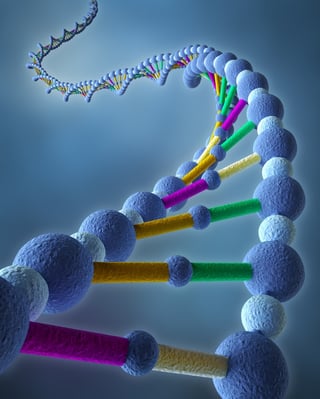 1) Common – Some important genetic polymorphisms are very common, such as those that encode for enzymes which break down some drugs and medications. For instance, some people have wondered why alcohol consumption makes them feel ill, while others are not affected. Medications will not work in some people because they have important polymorphisms which encode for liver enzymes that break them down too quickly. Others have genes that cause a sluggish breakdown and medications can build up to very toxic levels and cause serious illness and even death.

3) Measureable - The effects of some common, important and modifiable genetic polymorphisms are also measureable. This is important in order to determine if an intervention to modify their expression actually works. For instance, an elevated homocysteine level, which can confer risks for heart disease, is usually caused by a group of common, important and modifiable polymorphisms called methylation defects. The homocysteine can be trended over time down to normal levels as these polymorphisms are modified by taking extra B vitamins, thus lessening the risk of heart disease. These are the polymorphisms that can cause birth defects and that compel the March of Dimes to suggest that B vitamins like folic acid should be taken pregnant women to prevent cleft palate and spina bifida.

Get Started with 23andme

The 23andme testing (www.23andme.com) is inexpensive ($100 to $200) and simple to collect (saliva sample). This consumer lab testing can inform you about your ancestry and some general risks of certain diseases. The FDA does not allow 23andme to inform you about your specific common, important, modifiable and measureable polymorphisms, because consumers may misinterpret their risks. However, the report will provide you with a link that can be downloaded into an app (www.MTHFRsupport.com) for only $30 will get you a printout of several hundred potentially important, common, modifiable and measurable polymorphisms which are unique to you. These can be interpreted by medical professionals and modified by personalized lifestyle and dietary changes, thus potentially adding substantial years to your life and life to your years.

Charles Gant, MD, PhD, is a physician, educator and author, specializing in functional medicine, genomics and precision medicine to address the underlying root cause(s) of medical disorders and the possible biochemical causes of mental disorders and support the body with needed nutrients. He practices in Washington, D.C. at National Integrated Health Associates and is the author of End Your Addiction Now.