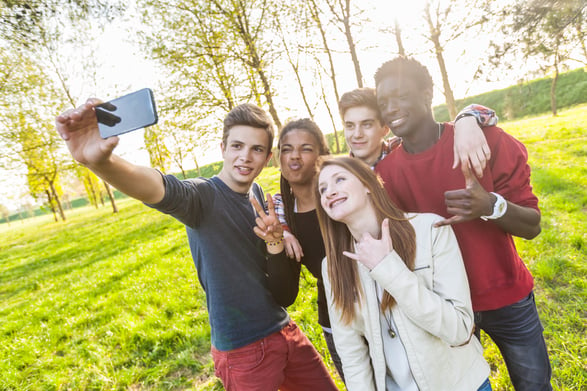 But the times, they are a changing.  Previous articles on methylation have suggested that parents have a new power to change genetic expression.  Methylation genes, and dozens of others, are part of genetic testing that I commonly test for in my practice. We all have a few million quirky alterations in our genetic makeup, called SNPs (single nucleotide polymorphisms), which makes all delightfully different.  SNPs are like misspelled words in a novel which are easily overlooked and don’t change the plot.  But once in a while, a word can be misspelled or changed, like a hero being struck by a lightening bug instead of by lightening, and it can have a serious influence on how the story turns out.  When a child inherits 2 quirky genes or SNPs from each parent, which is called a homozygous inheritance pattern, the expression of an unexpected new trait is more likely.  For instance, two brown eyed parents who each carry a single allele for blue eyes, have a 25% chance of having a blue-eyed child.

Besides modifying the expression of important and common genes that change the expression of common health issues, an important factor in many integrative and functional medical practices,  there are important genes that influence problematic behaviors such as smoking tobacco (e.g., CHAT SNPs), oppositional behaviors (e.g., MAO SNPs) and AD/HD (methylation SNPs).  Genetic testing can provide clues about an increased need for certain supplements, lifestyle changes and other changes that a parent can now take control of and alter genetic expression.

Parents will still need to deal with peer groups, but the most important variable in “Why Children Turn Out the Way They Do,” the genetic makeup, is increasingly within the purview of parental influence.  The 23andme testing, which keeps coming down in price (often sold for <$100), can be transformed with a simple and inexpensive app into hundreds of genes, and many of these will influence behavior in various ways.

Sometimes new technologies portend harmful unintended consequences, but a technology which allows parents to skillfully perform what is perhaps the most important job of all, raising kids, is a blessing.  This blessing will become ever more important as behaviors are linked to more and more common, important and modifiable genes are discovered.

Charles Gant MD, PhD, has practiced Integrative and Functional Medicine for over three decades. He specializes in molecular health and healing, especially as it supports growth and mental health recovery from problems such as ADHD, autism, addictions, nicotine dependence, chronic diseases, metabolic and immune disorders, infectious disease, and more. He is an expert in interpretation of functional medicine testing to diagnose precisely what is deficient in each patient, and then replenish those missing, essential items.