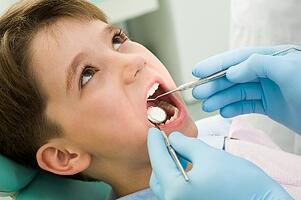 Understanding the “Great Health Challenge” to which 75% of the U.S. population is exposed

The story of fluoride is one of obfuscation and conflicting agendas that ultimately show how detrimental fluoride may be to the consumers of fluoride.   In the U.S. and several other countries, fluoride is added to the water, foods, toothpaste,  and many other sources.

Fluoride is a significant toxin with many unhealthy consequences.   The reason 70% of the U.S. population is unfortunately consuming fluoride in their water and food is due to agendas which are in conflict with respectable scientific health studies of fluoride since the 1930’s.

When you understand the truth behind fluoride research and the history of water fluoridation, you will want to consider your exposure to fluoride and perhaps rid the fluoride from your body.

To fully understand the problems with fluoride it is imperative to learn the brief history of fluoridation and how it erroneously became the “darling” of organized dentistry.  The first significant study of fluoride worthy of acknowledgement was performed by Dr. Kaj Eli Roholm, a Danish scientist who studied workers in Greenland tasked with manufacturing munitions from cryolite (which contained high levels of fluoride) during World War I.

Continued studies and observations of people and animals exposed to fluoride have confirmed Dr. Roholm’s conclusions. In WWII the use of fluoride in munitions became more important as fluoride became an indispensable ingredient of the atomic bomb construction. The workers, families, animals and crops downstream from the industrial sites working with fluoride were all negatively impacted and this jeopardized the production of the atomic bomb. Unfortunately,  the importance of atomic bomb development (Manhattan Project) was such that despite the obvious health problems resulting from the worker’s fluoride exposure the atomic bomb development could not be jeopardized.

In the early 1940’s, Dr. Harold Hodge was directed by the government to put a favorable spin on fluoride by creating several studies that artificially showed the benefits of water fluoridation while avoiding the mention of any health risks.   The fluoridated water not only negatively impacted drinking water but the crops also that were irrigated with the fluoridated water. These altered studies are used to this day to support the claims of supposed tooth decay reduction while neglecting to mention the health risks. Fluoridation proponents use these unsubstantiated studies to continue to support ongoing water fluoridation while pushing other communities to join the fluoridation ranks. Scientists throughout the world continue to speak out against the introduction of fluoride into people’s lives, often without their consent.

This is a small sampling of studies and observations supporting the concept that fluoride damages health: