“Literally, the average child now spends more time watching TV than attending school.  This kind of electronic engagement has had a profound effect on kids’ behavior and the development of their brains.” Dr. Scott Shannon

The above quote by Dr. Shannon highlights the growing problem of children spending too much 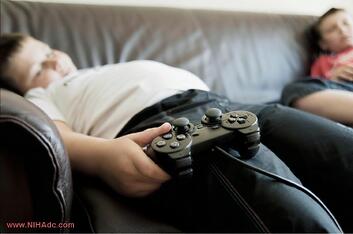 time with media.  On average, children and teens are spending 7 hours per day with media.  With Christmas just around the corner, people are lining up to purchase the latest media devices.  Popular gift ideas include tablets, smart phones, video game consoles and laptops.  But I’d like to recommend caution regarding the trend to make these the top gifted items for children.

Here are 3 reasons to reign in the media exposure for our children:

Therefore, knowing these effects of media on children’s physical and mental health, let’s help our children use media judiciously.  Limit media consumption to no more than 2 hours per day (and none for children under the age of two), and keep the televisions out of children’s bedrooms.

Rettew, David.  In this Issue/Abstract Thinking: Media and Children's Mental Health. Journal of the American Academy of Child and Adolescent Psychiatry- Volume 47, Issue 5 (May 2008)