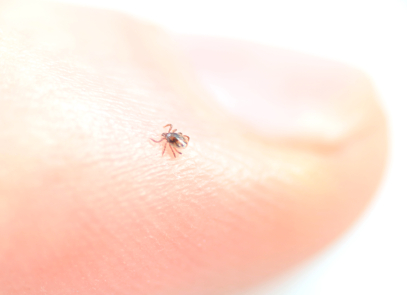 Why is the incidence of Lyme disease and these co-infections exploding at this time in history?  One line of thought focuses on the immune systems of human beings, which are increasingly weakened by toxins like plastics, petrochemicals, heavy metals and aluminum, and a processed food diet, creating a window of opportunity for this germ.  Wi-fis, microwaves and “electrosmog” may play a role.  Factors which weaken immunity combined with the germ’s sneakiness and the fact that it bypasses the usual surface defenses and is directly inoculated into the bloodstream by ticks and other insect vectors, sets the stage for a modern epidemic.  Lyme has quietly spread under the radar of a healthcare system and relatively few resources have been devoted to effective education, prevention and treatment efforts.  The symptoms of fatigue, arthritis, and vague neurological and psychiatric symptoms, which often wax and wane, tend to be written off as psychosomatic disorders and are often treated palliatively with pain medication and antidepressants.

Besides the sneakiness of this bacteria and the toxicities that weaken our immune system, why do some people with Lyme Disease and co-infections never seem to get better even with treatment?  When Lyme is diagnosed, the treatment too often focuses on the bacteria exclusively, ignoring other co-infections and the viability of the immune system, a living, breathing part of the body requiring vitamins, minerals, essential fatty acids and amino acids and other nutrition to function properly.  Other bacterial (e.g., mycoplasma), fungal (e.g., candida) and viral (e.g., EBV or mononucleosis virus) opportunistic invaders see their chance to invade and distract a weakened immune system, and they are often missed.  Interminable antibiotic therapies are toxic substances in their own right, generate many toxic metabolites, and can contribute to the toxic load which weakened the immune system in the first place and created a window of opportunity for the germ to advance.  The notable success of alternative therapies like homeopathics, energy medicine, herbs, detoxification therapies e.g infrared sauna, meditation/yoga, exercise and other lifestyle modifications are often not incorporated into a pharmaceutically-intensive treatment plan for Lyme victims, and without these, wellness can never be achieved for some people.

Why an Integrative Medical Approach to Lyme Disease is Needed

Conversely, naturopaths who can claim some success treating Lyme Disease with herbal and homeopathic remedies, may have an aversion to antibiotics and not arrange to have their patients benefit from from these life-saving interventions when they are truly needed.  Patients who are unmotivated to participate in comprehensive treatments or who are deprived of even knowing about them by a treatment providers who simply focus on one or a few interventions are not as likely to get good results. Treatment for the sneaky infections can be expensive and those who can’t afford necessary therapies or lack good insurance coverage are especially vulnerable.  Lyme and/its co-infections may cause any kind of mental disorder, and some individuals are so psychiatrically impaired by the infection(s) that they are unable to manage a complicated treatment regimen. Treatment of Lyme and co-infections often requires a comprehensive, integrative approach that combines all modalities, antibiotics, homepathics, herbals, detoxification, nutritional therapies, lifestyle changes, stress reduction, yoga and meditation and other approaches.  Borrelia Bergdorferi is such a challenging infectious disease that all interventions must be considered and individualized for the unique requirements of each patient.

If taken seriously, and a comprehensive, integrative Lyme Disease treatment strategy is put into action, Borrelia Bergdorferi and its family of co-infections can usually be driven underground, allowing most Lyme sufferers to go on to live functional lives.  But they must always remember that the spirochete, like the chickenpox virus and many other germs that hide in the body, is simply waiting until the coast is clear to lash out again.  This bully germ forces its victims to walk the straight and narrow path, getting good rest, taking everything in moderation (including intoxicants), managing stress levels (even learning how to say No!), finding a spiritual path, taking supplements, herbal therapies and homeopathic remedies regularly and eating sensibly (preferably organic foods).  At the first sign of a relapse, the treatments must be intensified immediately to drive Borrelia Bergdorferi back into submission before it has a chance to advance and attack the nervous system where it can cause very serious problems.

A Course of Action

The first course of action is to get tested to determine if you are infected or not.  If certain immune markers like the C4a and the CD57 are significantly abnormal, Lyme and co-infections should be suspected.  Specialized reference labs like Igenex (www.igenex.com) offer testing which has one of the best detection rates in the country for these difficult to diagnose pathogens.  As our diagnostic and treatment regimens are improved - and they are vastly more sophisticated over those used only several years ago - and as healthcare providers raise their index of suspicion and properly test for and treat Lyme, as healthful eating and lifestyle changes become more commonplace, as education and prevention efforts are stepped up, and comprehensive treatment regimens are offered to patients, like all epidemics of yesteryear, Lyme will gradually fade from the scene. However, it’s going to take sustained Herculean efforts to deal with this clever adversary.

Dr. Charles Gant MD, PhD, has practiced Integrative and Functional Medicine for over three decades. He specializes in molecular health and healing, especially as it supports growth and mental health recovery from problems such as ADHD, autism, addictions, nicotine dependence, chronic diseases, metabolic and immune disorders, infectious disease, and more. He is an expert in interpretation of functional medicine testing to diagnose precisely what is deficient in each patient, and then replenish those missing, essential items.