Holistic Dentistry: Campaign to Stop Use of Mercury Dental Amalgams

NIHA has been a mercury free and mercury safe dental practice for over 18 years. 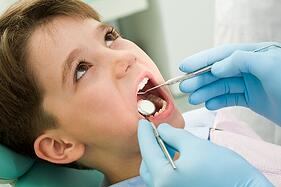 Now, the public is taking notice of the dangers of mercury amalgams (silver fillings) as a health issue and an environmental pollutant.

Mercury is a neuro-toxin and silver fillings contain about 50% mercury. Dentsply is the leading dental amalgams manufacturer and has been pressured to stop using unnecessary mercury filling material.

A petition by Consumers for Dental Choice to stop the use of mercury fillings has been signed by over 11,600 people.

This information is printed from the Campaign for Mercury Free Dentistry, A Project of Consumers for Dental Choice:

"Dentsply pressures publications to remove article on amalgam
Dentsply International – one of the world’s largest manufacturers of mercury amalgam – has been caught pressuring mainstream dental publications to remove from their websites articles featuring the “No more mercury fillings” petition to Dentsply that so many of you have signed and shared.

These articles appeared in the online publications Dental Tribune and Dentistry IQ in late September and early October.  Then they mysteriously disappeared just as the governments of more than 90 nations (including the United States) were signing the new mercury treaty that requires parties to tackle the amalgam problem.

To its credit, the Dental Tribune did acknowledge that it removed the article from its website because it received a complaint from Dentsply.

So what was in these articles that Dentsply didn’t want you to read?

In addition to spotlighting the petition, the censored Dental Tribune piece explored the widely-held concern that as people in wealthier nations reject amalgam, “dental companies will dispose of mercury-containing filling materials in Africa, South Asia and Latin America.” The article cited a letter health and environmental advocates from forty nations sent to Dentsply CEO Bret W. Wise, urging Dentsply not to dump its amalgam in developing countries – which do not have the resources to address the problems caused by dental mercury.

Thank you to the 11,600+ people who have signed the petition to Dentsply so far.

Please share the petition and the advocates' letter to Dentsply CEO Bret Wise. "

Mark McClure DDS, FACG, is a biological dentist with a mercury-free,  holistic family dentistry practice at National Integrated Health Associates, (NIHA) an integrative medicine and dental center serving primarily Washington D.C, Maryland and Virginia, although patients come from all over the United States. Biological dentistry considers the impact of dentistry on the whole body and use biocompatible dental materials and techniques that work in conjunction with the body, encouraging it to heal naturally.