Might coconut oil be the missing ingredient for people with heart disease, obesity, Alzheimer's, & other cognitive brain issues?

**One thing I have noticed in the years of working with thousand & thousands of people is the need for medium chain fatty acids.  Whenever I have a client with cognitive brain issues, the very 1st addition I suggest to be added to the diet, is COCONUT OIL!  These MCT's (medium chain  triglycerides) get the brain cells communicating.  So is this a great thing to add to your diet.

1.  Watch how one physician reversed her husbands Alzheimer's:

2.  Read a powerful testimonial from the book, "The Coconut Oil Miracle", by Dr. Bruce Fife.

Dr. Bruce Fife, in his book entitled The Coconut Oil Miracle, referenced his experience with a heart disease patient who had been told that she had 5 years to live. Dr. Fife began giving this patient 4 tablespoons of coconut oil a day to treat her arrhythmia (irregular heartbeat). The very first day she reported that her arrhythmia had decreased by 50%. She continues to take coconut oil to this day.

3. See the Powerful ways this little bottle of coconut oil may help you in your every-day life. List courtesy of Green Med info.

Get yourself some amazing coconut oil today! 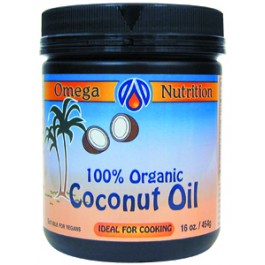 Disclaimer: This article is not intended to provide medical advice, diagnosis or treatment.

Lisa Wilson CHC is Founder of The Raw Food Institute, an immersion and detoxification program located in Simsbury, CT.