GMO's and Your Right to Know

Enclosed is important and timely information about GMO foods (Genetically Modified Organisms). Many of us are very aware of the dangerous health consequences of GMO’s but unfortunately most Americans are not. It is that ignorance that permits the “food and agriculture industry” to keep US citizens in the dark. The problem is just trying to find out if and/or which foods we may be eating have been “Genetically Modified”.  It does make a huge difference.  It is time to be fully informed and activated. 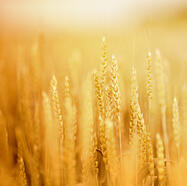 Here is some information about this GMO issue and the important vote being held in Washington State, which if passed can go a long way in demanding proper enforcing of labeling regulations.

As more and more concerned citizens become aware of the GMO health risks, increased pressure will be placed on industry and government to do the right thing. At the very least of which is to inform us, which foods are genetically modified. The alteration of the proteins in GMO food, the enhanced amount glyphosate in the “round-up ready” foods has been shown to be very detrimental to humans, farm animals and even the good bacteria that inhabit our bowel.

It is critical to become fully informed about GMO’s.   We highly recommend the book, “Seeds of Deception” by Jeffery Smith. It is very well documented and outlines the evidence of the GMO dangers to our health as well as the ongoing cover up within both industry and the government.

Is our health really under severe attack? Despite our record amounts of health expenditures - we as a nation are getting sicker. This issue is just one of the many that deserve your understanding and attention.

1.    Get informed on GMO and its health implications

Thank you for your interest and commitment to the health of our community.

Hurry, We've Got a Second Chance to Label GMO's by Bruce Rind MD