Holistic Nutrition: Do YOU Know What GMO Food Means? 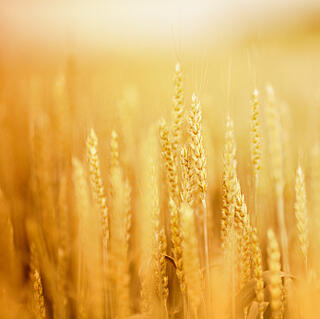 The Definition of GMO

I want to talk today about a topic that can be difficult to understand because of the complexity of the issue: GMO, which is the acronym for Genetically Modified Organisms.

This is an issue which may affect not just human health, but soil microbes, crops and livestock as well.

When a plant or a food crop has had it’s DNA biochemically altered - it is considered to be a genetically modified organism,  or GMO.

Why Create a GMO Plant?

One of the reasons for genetically altering the DNA of a plant or crop is so that it can withstand the applications of herbicide and pesticides. The company Monsanto is a leader in this field. They produce the herbicide RoundUp which is a potent weed killer. Farmers supposedly use the product to increase crop yield and decrease weed growth. Super weeds have developed, however, that are resistant to the herbicide. Genetic engineers have inserted the DNA of those super weeds into food crops like corn and soy so that they can withstand the application of RoundUp. They can also engineer it so that the corn or soy or cotton makes it’s own pesticide within the plant.

What's the Big Deal with GMO’s and Why is Everyone Talking About it?

Dr. Joe Mercola says that most of the processed food in the super market contains GMO’s since 93% of soybeans and canola and 86% of all corn grown in the U.S. is genetically modified. Sugar beets and cotton are also on the list. Look for labels that say GMO free or non-GMO’s or 100% Organic if you want to avoid GMO’s.

How Does the Use of GMO Crops Affect Me?

There are many arguments for many reasons against the use of GMO’s. Among them are health concerns, which is the area I will focus on here. From animal testing, it has been found that the following can occur with consumption of GM foods:  allergic reactions to soy, increased allergic reactions to foods in general, excessive cell growth in the stomach lining, tumor formation, liver damage, infertility, premature death and more.

It is very difficult to know which foods contain GMO’s since labeling is not required.

Click here to read the results of one of the latest studies on the health effects of GMO’s:

For those that want the quick note version, you can scroll down to the last paragraph which states “Conclusion”.  I copy here the last sentence of that paragraph:

The kidneys and the liver are the 2 main organs used by the body for detoxification.

This issue of GMO’s is not going away any time soon. It has become a national issue and reaching the ballot boxes as several states decide whether or not to label foods that are GM. Each time it is placed on the ballot the movement grows stronger as people become more aware.

If you are looking for ways to avoid GMO’s, you can download a non-gmo shopping guide at:    www.NONgmoShoppingGuide.com

Anita Capizzi, RN, CHC, is a Registered Nurse, graduate of the Institute for Integrative Nutrition and Certified Health Coach. Her philosphy is to meet people where they are and upgrade their level of holistic nutrition and wellness, one step at a time.