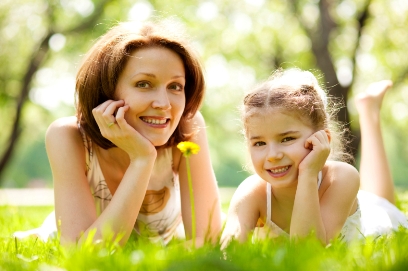 This is not to say that as parents, we should not still not try our damnedest to raise our kids in loving, nurturing environments, with as many educational, athletic, spiritual, cultural and growth opportunities as possible.  These same studies have also shown that the number 2 most important variable behind genetics is peer-pressure, and even though parental influences ran a distant third place behind that factor, you can still have a major influence on who your kids hang out with and carefully supervise their recreational time.

The Nurture Assumption and Genomics

Like the saying goes, so many beautiful theories have been destroyed by one ugly fact. So permit me to destroy yet another sacred cow, and as good, caring parents or grandparents, you can regain your power and change how your kids or grandchildren turn out beyond your wildest dreams. That sacred cow has to do with genetics, and the irrational belief that we are carved genetically in stone and that there is nothing we can do to influence our genetic expression.  Enter the new field of medicine called “predictive genomics[1],” and all of the astonishing science which has irrefutably proven that genetic expression can be altered by lifestyle, diet, toxin exposures and environment, provided that you know exactly what genes you are attempting to alter.

Almost all human beings have many common genetic quirks or mutations, called polymorphisms.  These polymorphisms have four sacred-cow-killing properties.  First of all, many of them are very common, which is important because screening large populations for rare genetic quirks may not be worth the expense.  Secondly, they are relevant – they cause bad things to happen to people.  What good would it do to search for genes which don’t do much?  Thirdly and most importantly, these polymorphisms are modifiable!  And finally, the lifestyle, nutritional, detoxification and dietary interventions designed to modify their expression can be measured with mostly-insurance-covered laboratory testing.  After making interventions to modify a gene, one can measure how well you have done.

When it comes to epigenetic expression nothing is cast in stone.  A lot can be done to change genetic quirks and this puts parents back in driver’s seat.  Provided you know about some of these common polymorphisms, you can alter your child’s epigenetic expression.  First the book The Nurture Assumption turns parenting beliefs on its head, and then Predictive Genomics firmly puts your parental feet back on the ground.  What a topsy-turvy world we live in!

For example, consider the relatively common, genetic disease, PKU or phenylketonuria, which you may have heard about.  PKU is so common in fact that all babies in the USA are screened at birth, because if it is not addressed right away, this genetic polymorphism causes severe mental retardation.  PKU is caused by quirky genes which encode for an enzyme called phenylalanine hydroxylase, which converts the amino acid phenylalanine into tyrosine (another amino acid).  The PKU polymorphisms produce impotent enzymes, so phenylalanine builds up to very high levels, causing this devastating disease. PKU is totally benign if a diet free from phenylalanine is immediately instituted at birth and maintained for life.  That’s why there are warning messages on diet soda cans and bottles for “phenylketonurics” – NutraSweet contains phenylalanine.  Thus, even severe genetic polymorphisms, especially if diagnosed as early as possible, can be rendered relatively harmless, through targeted changes in diet, toxin exposures, nutrition, lifestyle and stress levels.

Next consider autism, which has increased 100 fold in just a few decades from 1:10,000 births to now roughly 1:100 births.  Parents of autistic children, like in the movie Lorenzo’s Oil[2], are refusing to accept conventional healthcare’s tired and worn out platitudes about incurable diseases, and they are demanding action to change the epigenetic expression of their dysfunctional children.  Rapidly accumulating evidence strongly suggests that increasing exposures to a vast array of modern-era toxins, are making it harder and harder for those with autism-causing polymorphisms to function normally.  Dr. Amy Yasko’s newest book (published in 2009) Autism: Pathways to Recovery, provides a foundational understanding of autism, molecular biology, and genetics, and her lab provides a Nutrigenomic Test panel for several dozen suspect genes[3], which again are common, relevant, modifiable and measureable.

Like PKU and Autism, genetic predispositions can be altered, and armed with this knowledge, parents can nurture their children in a whole new way.  While studies suggest that parental, interpersonal nurturing may not matter much, alterations of specific nutrients[4], toxin exposures[5], processed food intake, exercise, sleep, sunlight exposure, electromagnetic energy exposure[6], stress levels and other lifestyle factors, can markedly alter their children’s genetic expression.

Predictive genomics is not just a parental nurturing tool to be applied to severe syndromes like autism or PKU.  Predictive genomics is a parenting tool which is relevant for all parents, even if your kids are older.  Different polymorphisms are switched on or off in different phases of life such as those affecting the appearance of secondary sexual characteristics in adolescence. Others are activated by exposures to psychotropic drugs or predispose adolescents to gravitate towards addictions to alcohol, tobacco, psychiatric medications and illicit drugs.  Wouldn’t it be nice to know if your child is genetically prone to substance abuse or bipolar disorder?  What if you could switch off that predisposition with a single B vitamin for 3 cents a day[7] and that simple inexpensive choice determines if your child gets straight A’s in college instead of becoming a high school dropout?

The interpersonal dynamics of parenting may not matter as much as we have all believed they did, but predictive genomics can help parents regain more control of their children’s destinies. And in a stressed-out, high-demand, toxin and junk-food-infested world, which renders many of those with quirky genes increasingly vulnerable to harmful outcomes, predictive genomics is an idea whose time has come.

Charles Gant MD, PhD,  is a physician, author and teacher and has practiced Integrative and Functional Medicine for over three decades. He specializes in getting to the root cause of health issues to support healing at the molecular level.  Areas of interest include ADHD, chronic diseases, metabolic, hormonal and immune disorders, infectious disease (Lyme and co-infections), genetic testing and more. He is an expert in interpretation of functional medicine testing to diagnose precisely what is deficient in each patient, and then replenish those missing, essential items.

[2] Lorenzo's Oil is a 1992 drama film directed by George Miller. It is based on a true story of Augusto and Michaela Odone, two parents in a relentless search for a cure for their son Lorenzo's adrenoleukodystrophy (ALD). The film was nominated for two Academy Awards.

[7] The MethyleneTetraHydroFolateReductase (MTHFR) polymorphism prevents folic acid from being converted into adequate amounts of Levomefolic acid or metafolin (5-methyltetrahydrofolic acid), thus interrupting the synthesis of methionine and S-adenosylmethionine, and thus interfering with the methylation and breakdown of the stress producing neurotransmitter noradrenalin in the brain.  Individuals with this genetic mutation are predisposed towards medicating their noradrenalin induced anxiety and restlessness with psychotropic drugs and/or to express symptoms of mental disorders such as depression and bipolar disorder.  50% of the human population has no MTHFR polymorphisms, while 40% has the milder heterozygous form (one normal and one abnormal gene) and can usually negate the genetic effects with regular inexpensive folic acid as is in a multivitamin. However 10% of individuals have dual MTHFR polymorphisms (homozygous), e.g., one from each parent, and may require a medication (methyl folate) called Deplin or its equivalent for life to entirely override the effects of the MTHFR polymorphism.