Dr. Ron Murray works to unlock your body’s innate ability to heal itself using Manual Regulation Therapy which he created himself. If you have ever had a traumatic brain injury, such as a concussion, or unexplained pain in your body, he works to resolve this trauma. Ron’s MRT uses biological and energy medicine alongside manual body-mind therapies to help your body heal itself.

He will begin with a body scan to identify increased levels of rigidity in your body and then treat those problem areas using his specially designed therapy. He has training in advanced forms of cranial, visceral, somato-emotional release and psycho emotional work, to name a few. He will use gentle manipulation of your extracellular matrix to get extraordinary results.

Read through his patient Ebony’s success story to gain a better understanding of Ron Murray’s work and how he helps to heal his patients who had previously lost hope, in just a few visits! 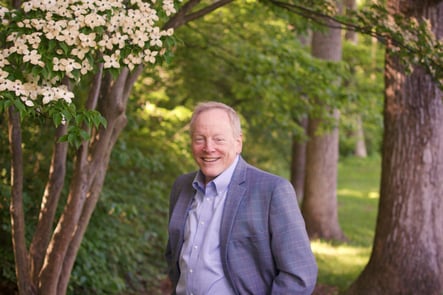 Challenge / problem: Ebony presented with severe pain that occurred suddenly and she could not explain the root cause of her pain. Prior to being referred to Dr. Ron Murray, Ebony had 40 medical practitioner appointments over a seven month period, including Emergency Room visits, as she searched for the cause of her pain.

She had cycled through seven different specialists and reported that none of them could identify the source of her pain. It was not an issue of misdiagnosis – there was simply no diagnosis! After countless appointments, several MRI scans and other invasive procedures, Ebony felt that she was at the end of what traditional medicine could do for her!

Solution: Ron Murray used his own technique, MRT, to locate the source of the pain and begin reducing its severity. He uses gentle, hands on palpitations to feel rigidity in the body which tells him where the pain is coming from, and then heart rate variability to normalize this rigidity and reduce the pain.

What she has to say: “Dr. Ron Murray is the first person to understand the source of the pain and explain to me what has been going on in my system. Since we’ve been working together, it’s the first time that I’ve had a significant reduction in the pain level.”

Ebony has since reported that she has also regained complete functionality with the help of Dr. Ron Murray!